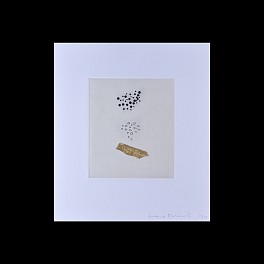 Serbian performance, video, and installation artist Marina Abramović was born in Belgrade and studied at the Academy of Fine Arts in Zagreb.  She completed her studies in 1972 and began the work for which she is best known, performance pieces, the next year.  Her first performance was Rhythm 10 in which she quickly and rhythmically stabbed the spaces between her fingers with a variety of knives.  In Rhythm 0, done the next year, she asked visitors to choose from over seventy objects made available by the artist and to use them in a way of their choosing on her body while she stood unresponsive.  Like Chris Burden and the Viennese artists Aktionismus, her work explores the physical and emotional limits of the human body.

In 1976 she began her long collaboration with fellow artist and lover Frank Uwe Laysiepen, known as Ulay.  Their work together generally consisted of performance pieces where they would sit or stand opposed to each other and engage in a variety of interactions such as staring, shouting, or exchanging blows.  Their collaboration ended with The Lovers – The Great Wall Walk (1988) where from opposing ends of the Great Wall of China they walked towards each other and, upon meeting, said goodbye.

Thereafter, on her own once again, she returned to performance art that invited audience participation and entailed physical stress on her own body, such as fasting for twelve days in rooms designed for her in the Sean Kelly Gallery in New York (The House with the Ocean View, 2002).  Importantly, at the Guggenheim Museum, she presented Seven Easy Pieces (2005) each piece of which was a reperformance of work done by other artists including Bruce Nauman, Vito Acconci, Valie Export, Gina Pane, and Joseph Beuys.  Her subsequent work has continued to explore the legal, technical, and aesthetic issues involved with appropriation and documentation of performance.  In 2010 Abramović was the subject of the first ever performance art retrospective at the Museum of Modern Art in New York.