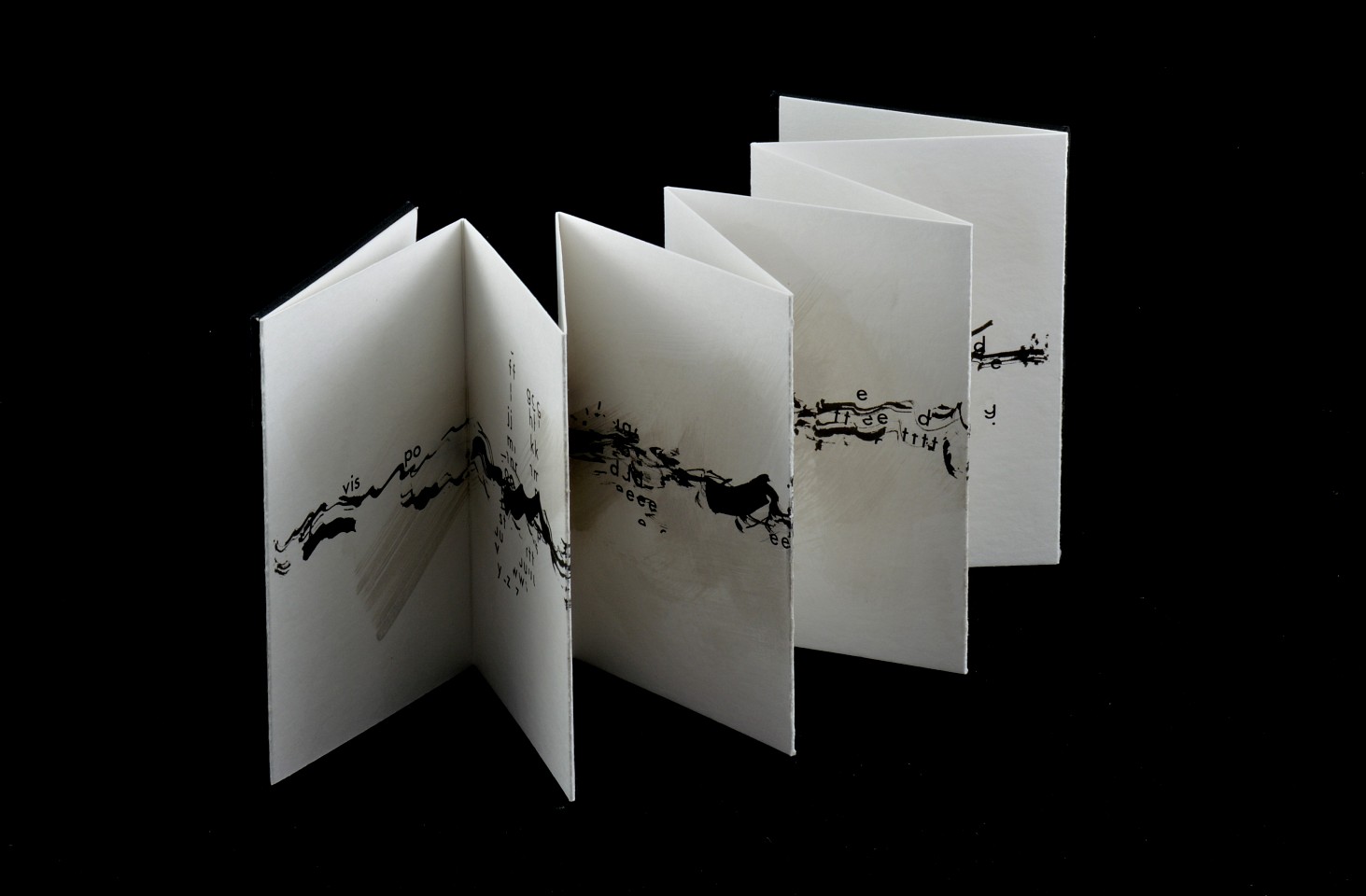 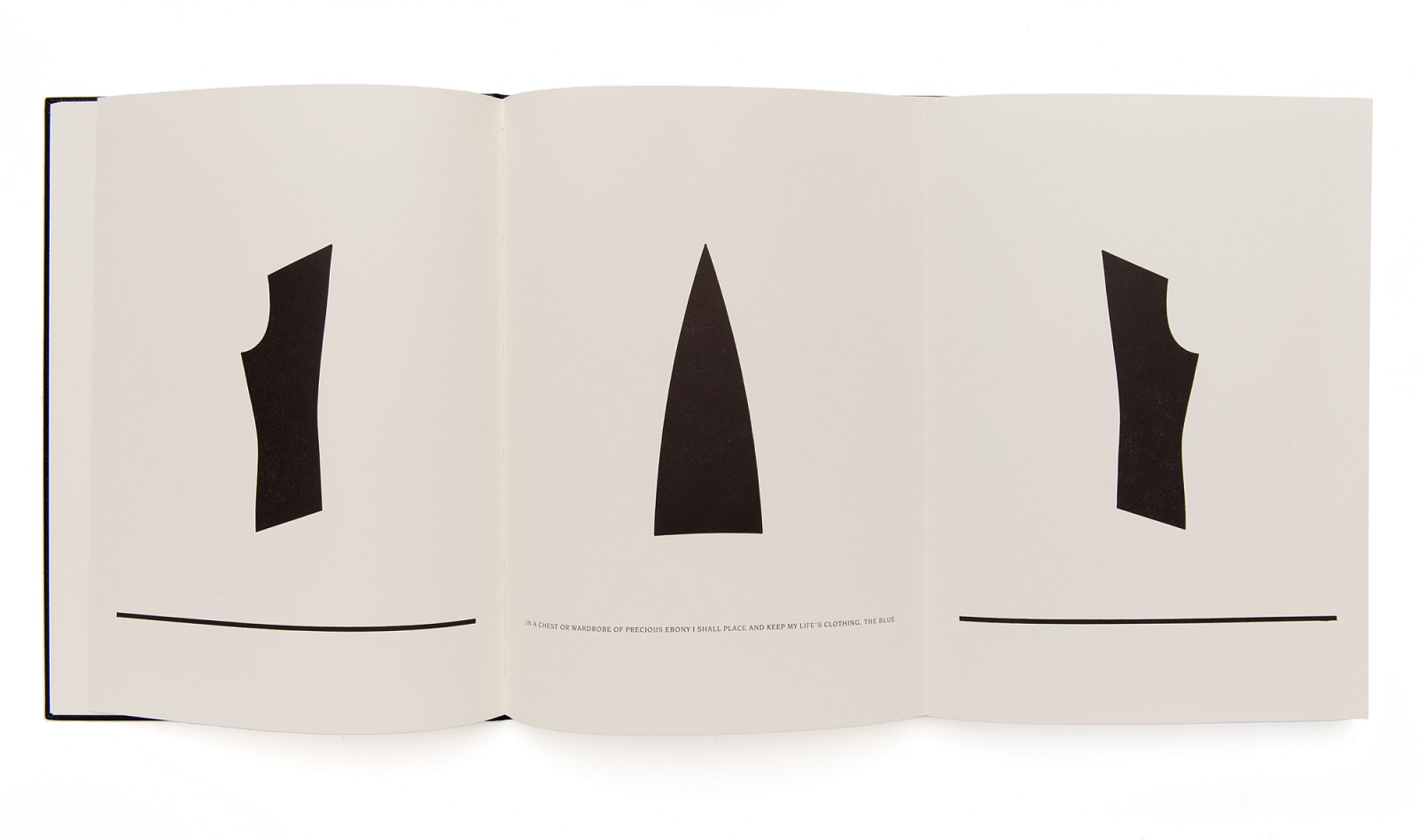 Patterns explores the idea of garments as a point of memory, a theme that runs throughout much of Bart’s work.  The prose poem “Clothes” by C.P. Cavafy, translated by Walter Kraiser, is here accompanied by the artist’s silhouette-like images based on Vogue and Simplicity garment patterns. 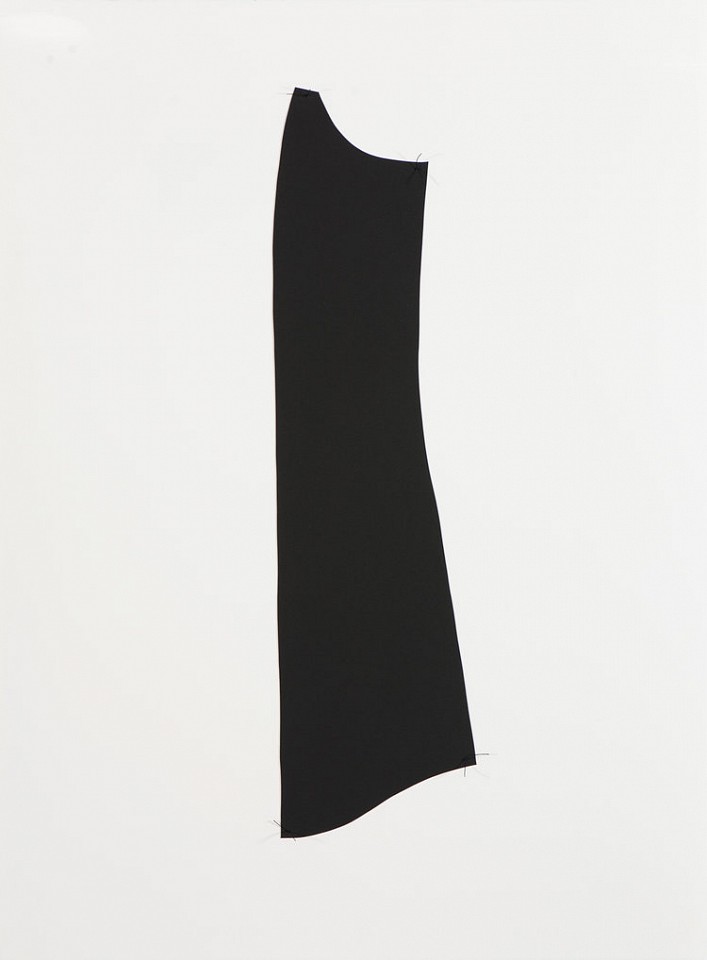 Silhouette II is part of a body of work developed by conceptual artist Harriet Bart that is based on portions of garment patterns. The minimal forms depicted in this work explore the relation between the presence of the fragment and the absence of the whole. 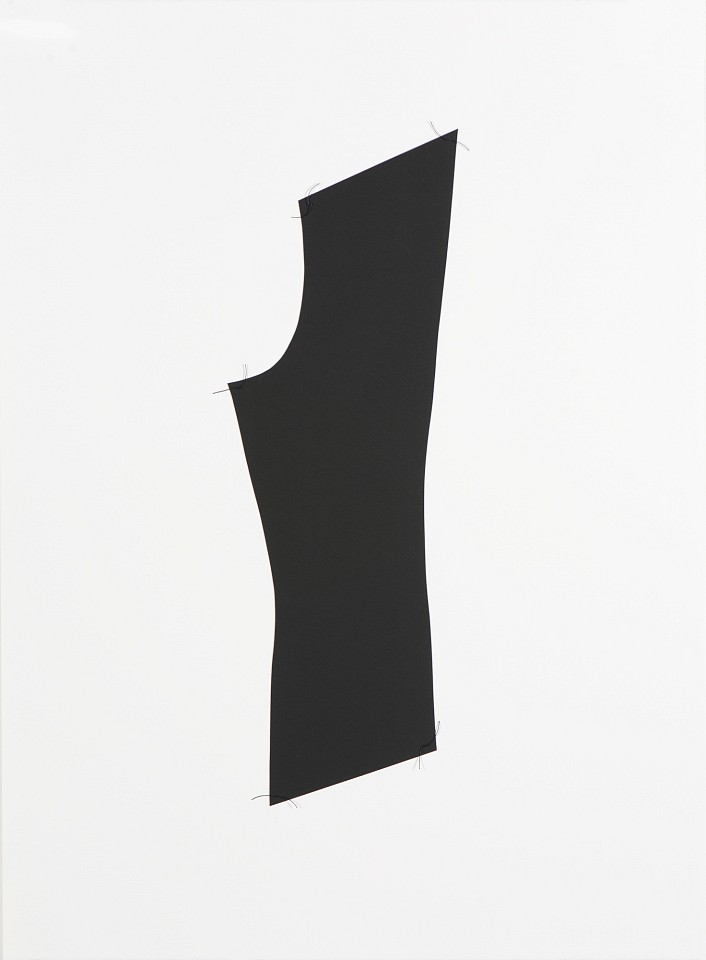 Silhouette III is part of a body of work developed by conceptual artist Harriet Bart that is based on portions of garment patterns. The minimal forms depicted in this work explore the relation between the presence of the fragment and the absence of the whole. 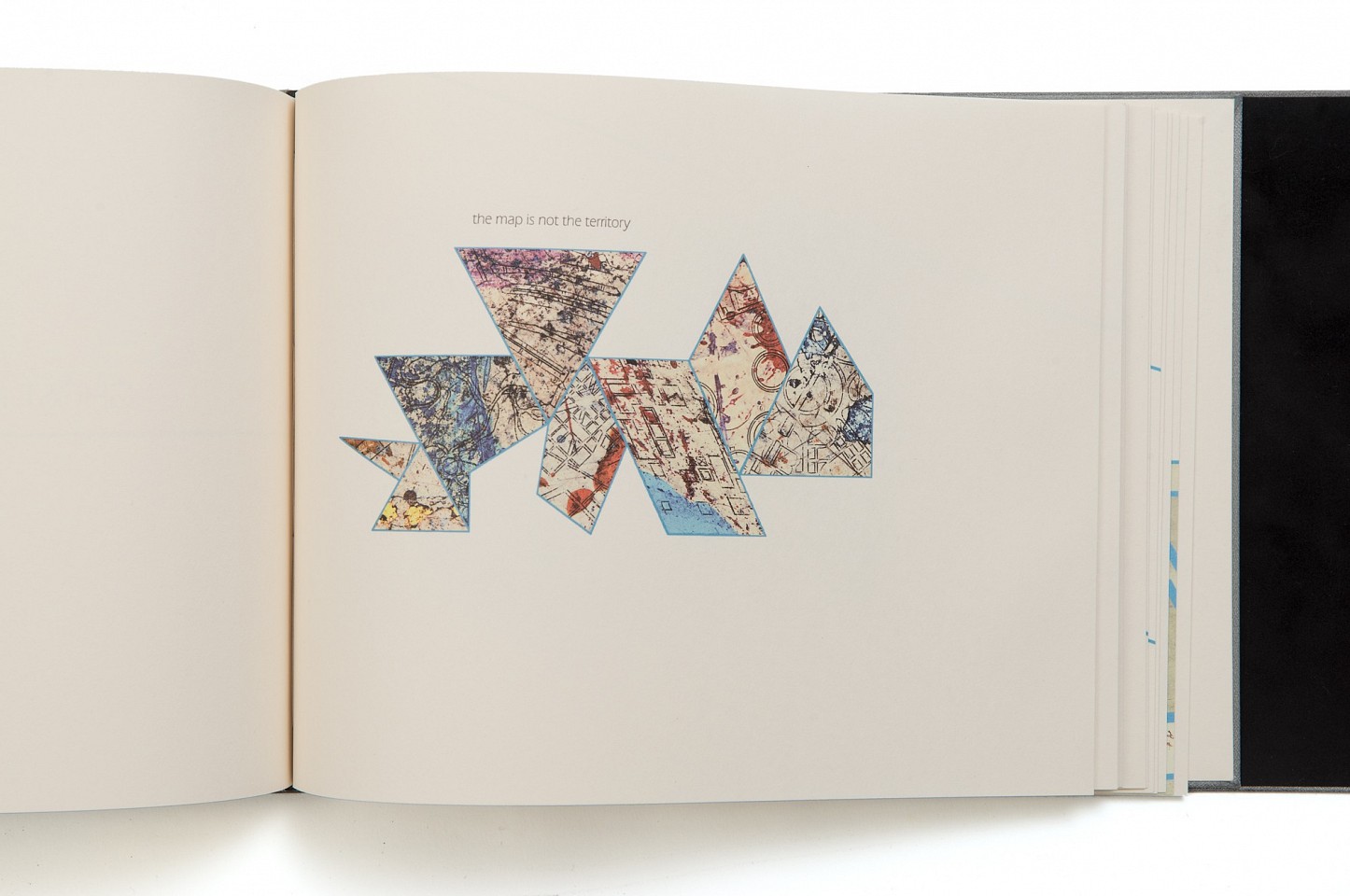 Ghost Maps is part of a site-specific project by conceptual artist Harriet Bart that documented the history of artists who worked in Studio VA5 at the Virginia Center for Creative Arts between 2004 and 2010. While a resident at the Center in 2010, Bart began to view the paint-splattered floor of the studio as a palimpsest containing memories of the forty-six artists who had been there before her. After marking off sections of the floor and scrubbing the spaces between them, Bart photographed the resulting compositions layered these images with hand-drawn maps to create the illustrations in this book. Additional geometric designs referencing the blue tape used to mark off the floor in the original installation accompany the images in this book. Also included are an artist statement about the project, photos of the process, and a list of the maps that were used as references to create the images. 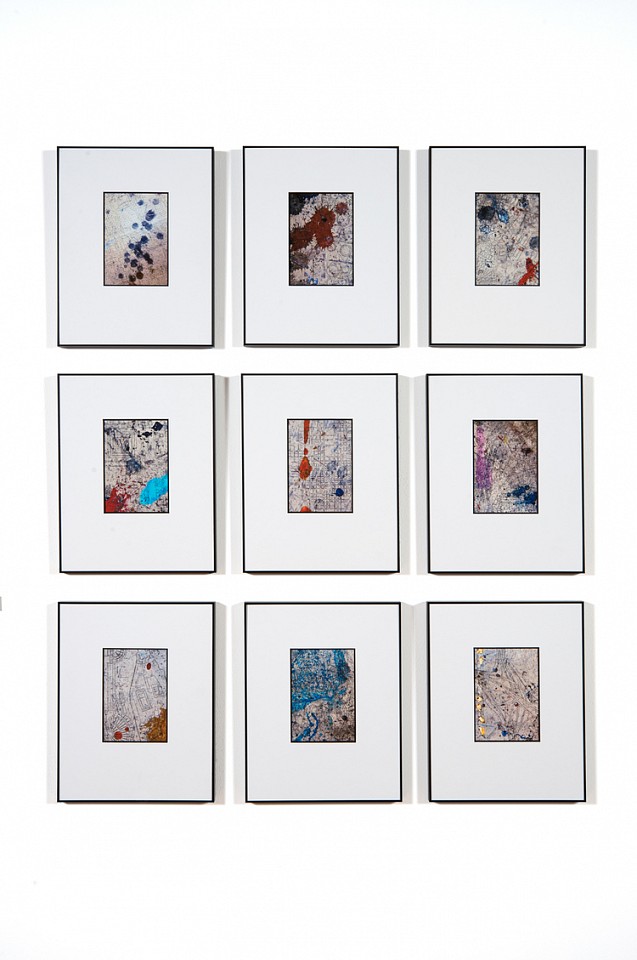 While a resident at the Virginia Center for Creative Arts in 2010, conceptual artist Bart began to view the paint-splattered floor of her studio as a palimpsest containing memories of the forty-six artists who had been there before. After marking off sections of the floor and scrubbing the spaces between them, Bart photographed the resulting compositions and layered these images onto hand-drawn maps.  Housed in a two-piece box covered with textured black paper, Invisible Cities features nine archival pigment prints on heavyweight rag paper. Each print is signed, numbered, and dated by the artist on the verso. This suite of prints was published in an edition of 7 copies. 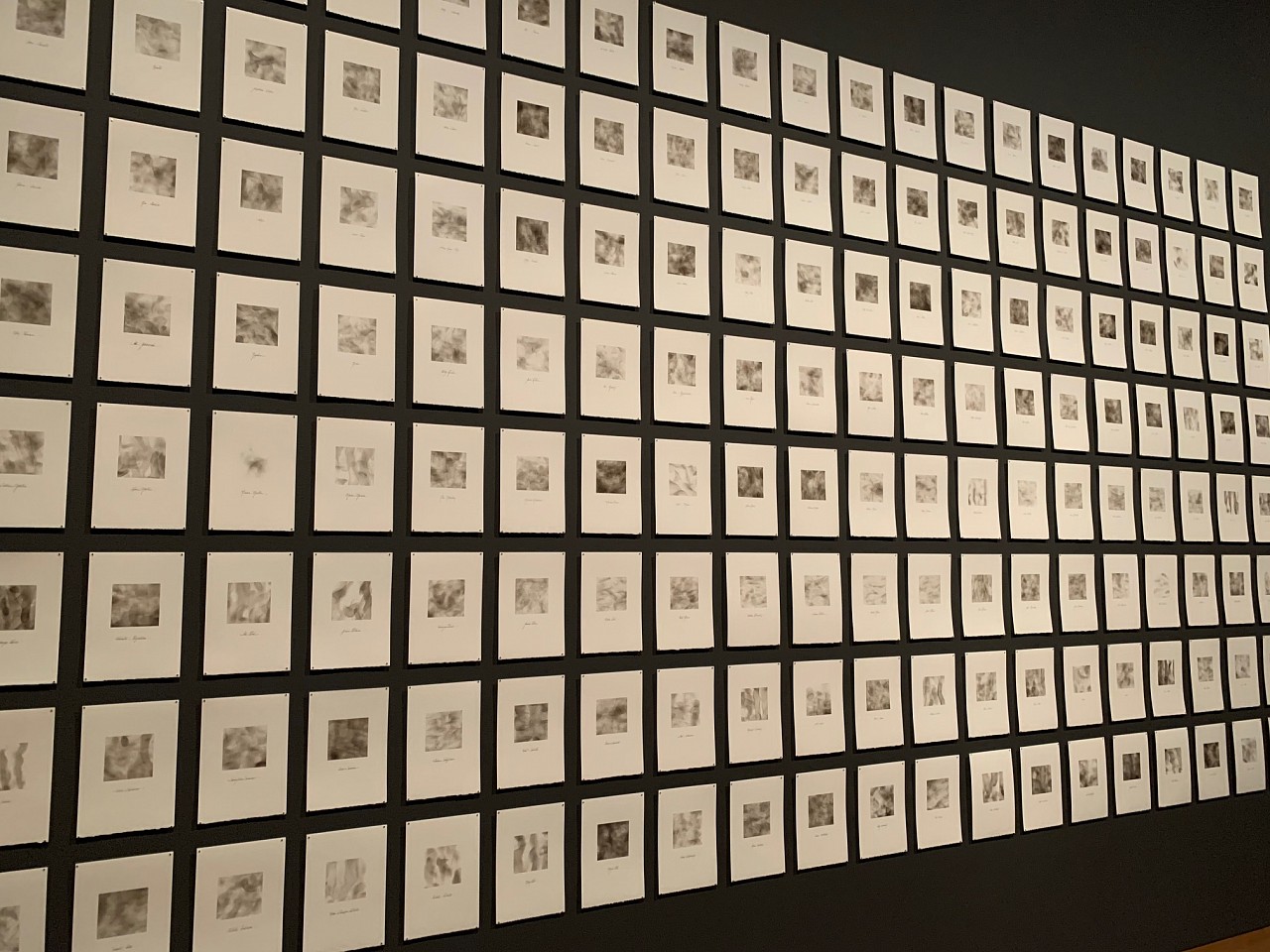 Drawn in Smoke is a project created by conceptual artist Harriet Bart to commemorate the 100th anniversary of the Triangle Shirtwaist Factory fire of 1911. Historically important for the changes in labor practices it galvanized, this tragedy claimed the lives of 160 victims, most of them young immigrant women and girls. An important work in Bart’s oeuvre, Drawn in Smoke continues the artist’s practice of advocating for women and memorializing the sacrifices of those who often go unrecognized. Working with a list of the victims held at the Cornell University Archive, Bart used smoke to create an original abstract “portrait” for each woman whose name is on the list. 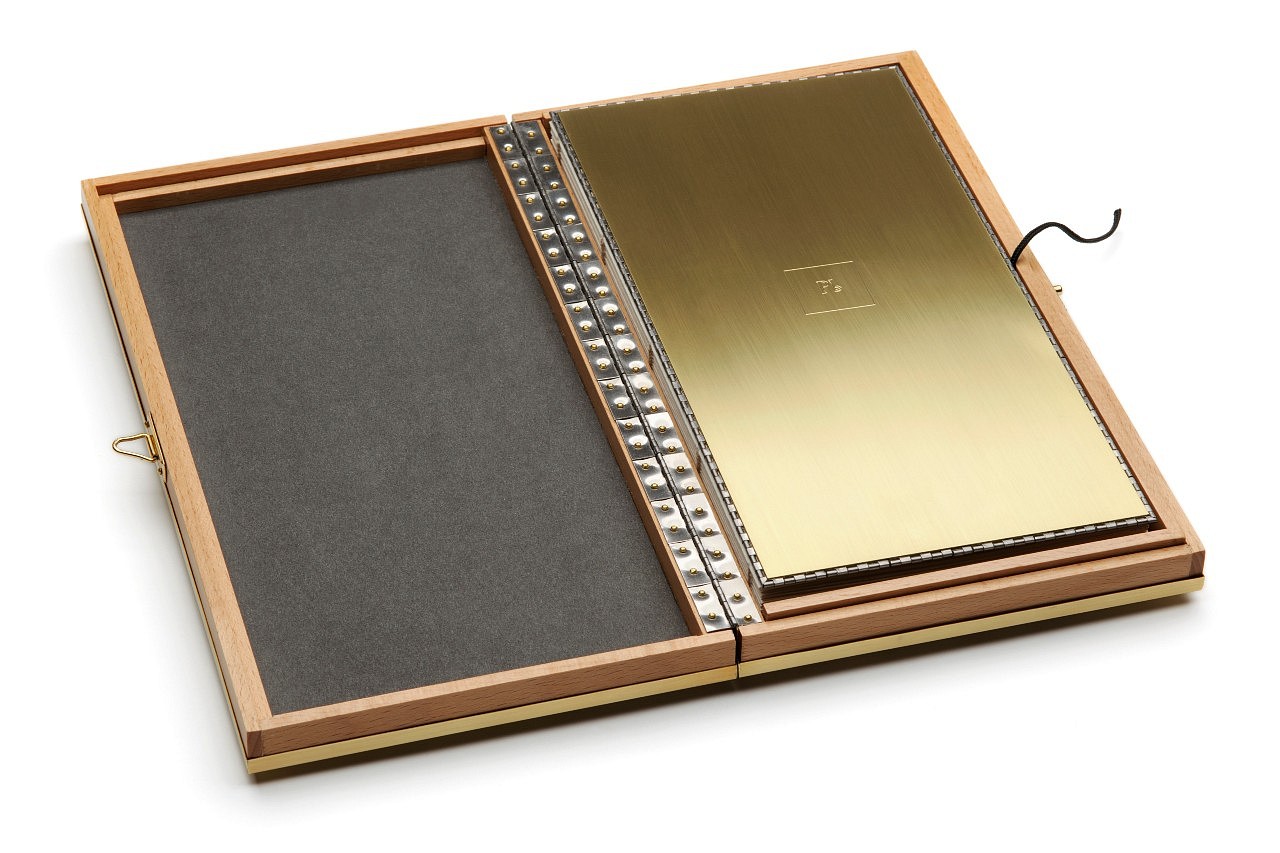 The plumb bob is a tool that has been used since ancient times to create a true vertical reference, or plumb line, in architecture. For many years, artist Harriet Bart has used these objects in conceptually-based installations such as Pendulum (2003) and Requiem (2003-11). Bart’s engagement with the plumb bob began with her interest in architecture and evolved to encompass a symbolic understanding of the tool as an object denoting rectitude and truth.  The book is devoted to her now deceased father who, in the artist’s words, was “a blind man who saw everything.” 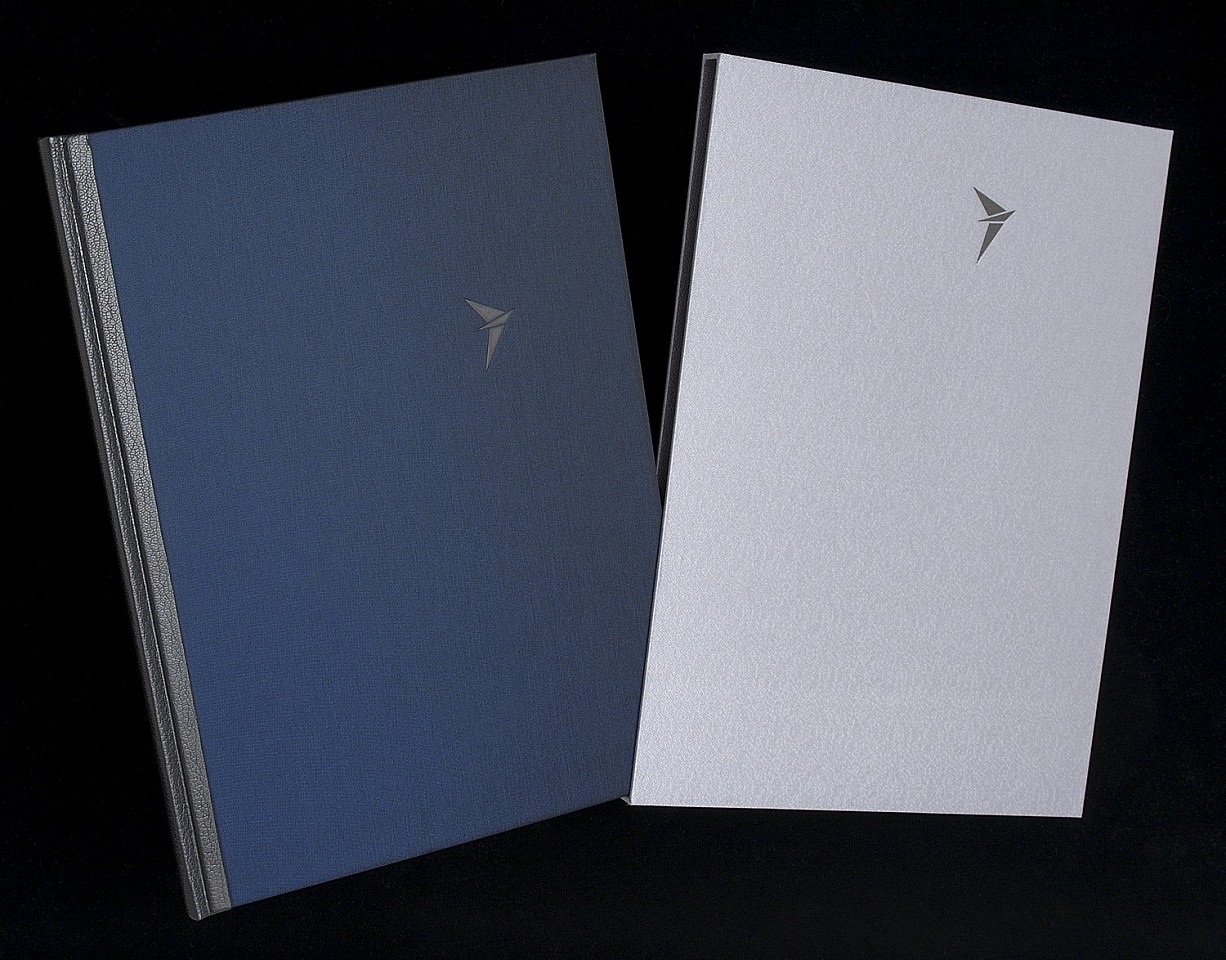 Conceived by conceptual artist Harriet Bart, 13 ÷ 14 is a visual interpretation of the poem "Thirteen Ways of Looking At A Blackbird" by Wallace Stevens, and fits squarely into the formalist tradition of Conceptual Art as envisioned by Sol LeWitt, Joseph Kosuth, Hanne Darboven, and others. Bart used the mathematical puzzle known as the Loculus of Archimedes, or the Stomachion, as a starting point for her illustrations. A dissection puzzle game, the Loculus consists of a square divided into 14 polygons in accordance with certain specific geometric constraints. Bart rearranged these 14 polygons in different layouts to create an illustration for each of the stanzas in the riddle-like poem. 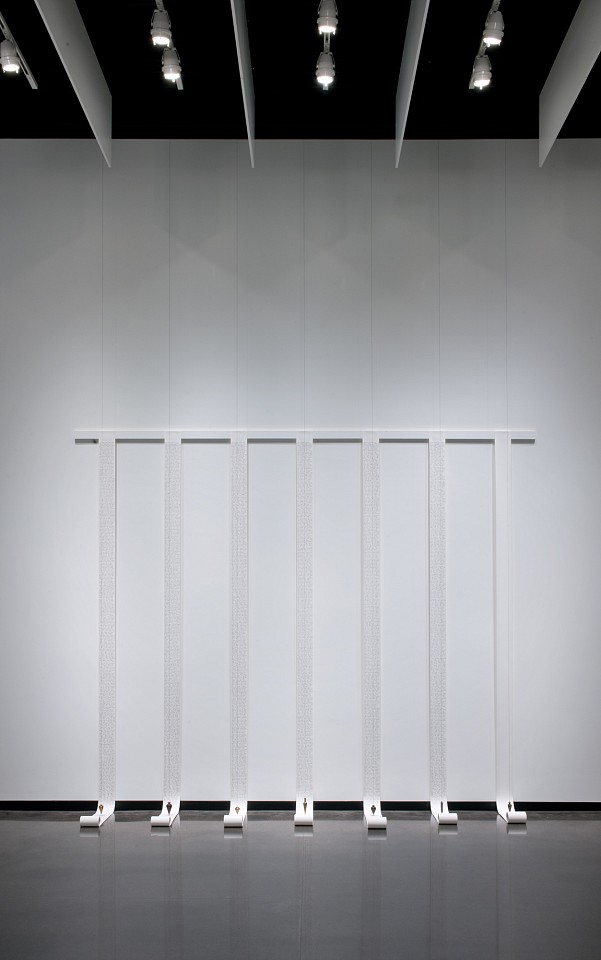 Requiem is an installation of seven paper scrolls memorializing the American soldiers killed in the conflict in Iraq. Six of the scrolls are inscribed in black ink with the soldiers' names while the seventh remains blank as if waiting to be filled. A stone sits at the rolled end of each scroll, while a metal plumb bob suspended on a black cord hovers above. A plumb bob always hangs perpendicular to a tangent of the earth’s core, and this constancy is for the artist a symbol of truth, rectitude, and moral character. The hand-written inscriptions of the names, together with the overwhelming size of the work and the almost sacred quality of the scrolls, suggest a consecration of respect for the individuals whose lives were lost. 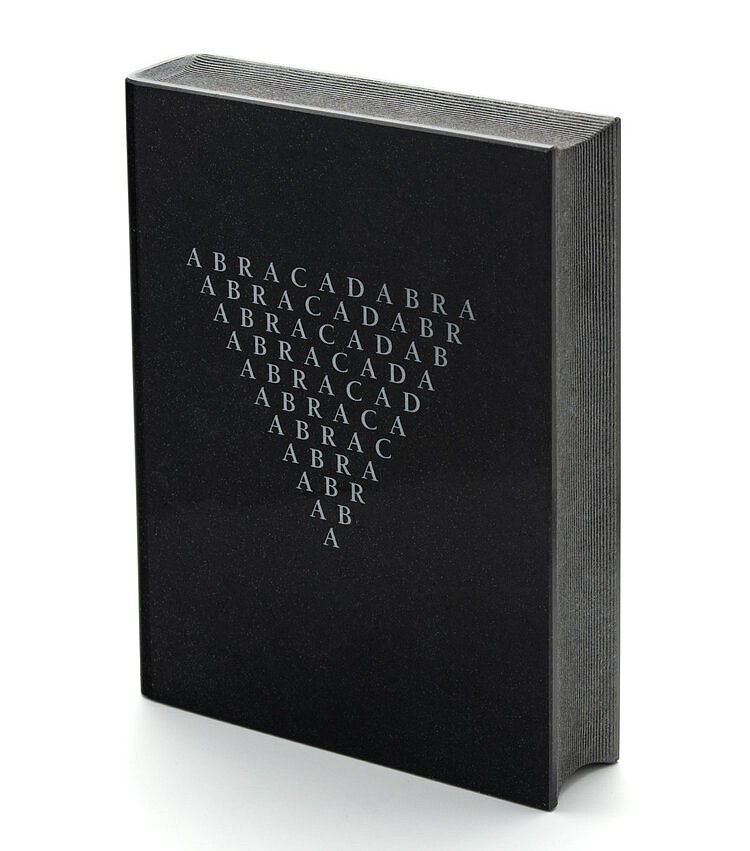 Reflecting two leitmotifs running through Harriet Bart’s work, viz., the book as a material object and the magical power of incantations, this work demonstrates her versatility in creating conceptual objects of beauty and simplicity.  It is a granite sculpture taking the form of a closed book entitled ABRACADABRA.  This word was used throughout antiquity and the late Middle Ages as an form of magical protection.

Jaime Alazraki, a leading scholar on the works of Jorge Luis Borges, said that Borges in The Library of Babel “presents the world as a library of chaotic books which librarians cannot read but which they interpret incessantly.”  To Bart, who counts Borges as a major influence, the fact that this book-object can’t be opened heightens not only its symbolic representation of unknown possibilities but also its materiality as, literally, a geometrical volume.  She views a book as a building block or unit of construction that leads to other to other more complete ends.  Abracadabra is from an edition of 5.