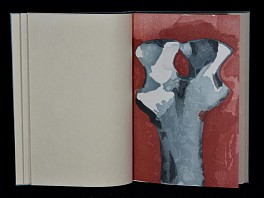 In 1980, Clemente participated in the Venice Biennale and today he is seen as one of the most important artists of the Neo-Expressionist movement which emerged in the 1970s and 1980s as a reaction against the cerebral, emotionally detached art of Minimalism and Conceptualism.  His works are held in the collections of the New York Public Library, the Museum of Modern Art, the Bibliothèque National (Paris), and the Whitney Museum of American Art, among others.