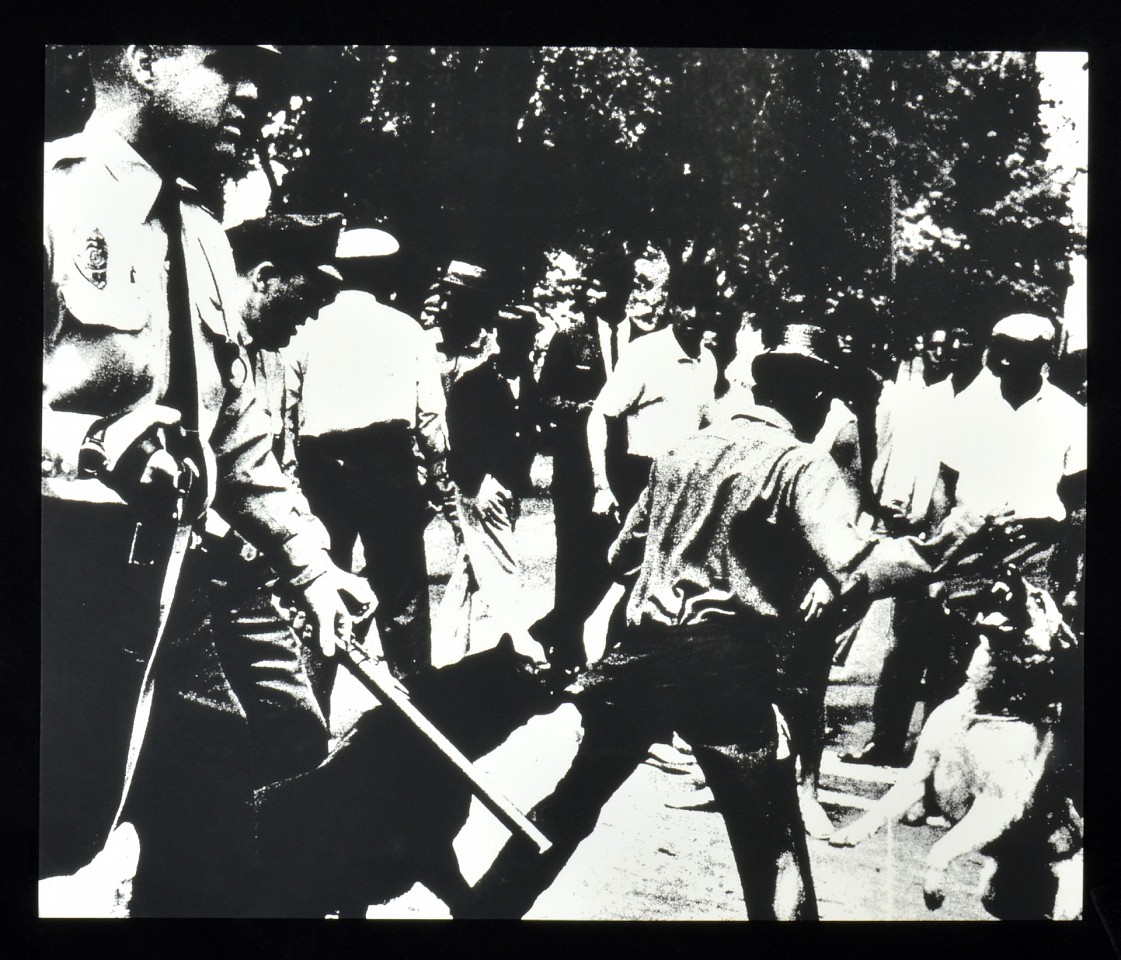 Typical of his work with photographic images taken from mainstream media, this screenprint depicts a police dog attacking an African-American man during an otherwise peaceful protest march in Birmingham, Alabama in 1963.  The original photograph appeared as part of a photo essay in Life magazine in May of that year and was taken my Life photographer Charles Moore.  Warhol enlarged and reversed the appropriated image but was nevertheless sued by the copyright owner for infringement. The Life photos became the basis for 13 subsequent silkscreen paintings.

This individual copy of Birmingham Race Riot is signed by the artist.